It sounds too good to be true, right?

If diabetes were that easy to control, then maybe there wouldn’t be so much fuss about controlling it. But the fact is that it is getting easier to control. Studies are being published almost every day with little facts that can make your life a whole lots easier.

One little helpful fact that they recently found was that an extra insulin injection after your last meal can help you keep your blood glucose under better control.

One Extra Insulin Injection After Your Meal

It’s a bit too simple, as well.

Carbohydrates aren’t the only sources of energy in the body. Fat can also serve as a source of energy.

Fat is slower to digest than carbohydrates, so by the time fats are done digesting, the insulin injection has already run its course. Then, once they begin digesting, glucose levels tend to spike as a result of low insulin.

Inject another dose of insulin three hours after eating.

In one study, diabetic participants were split into three groups. One group ate a low-fat meal while the other two groups ate high-fat meals. The carbohydrate and protein contents were otherwise identical.

The low-fat group and one of the high-fat groups were then given an insulin injection calculated according to the carbohydrate intake. The third group, eating a high-fat meal, was given the same insulin injection plus an additional one three hours later.

The data shows that between the two high-fat groups, the group with the additional insulin shot had significantly improved sugar, fat, and inflammatory markers following the meal.

These markers are crucial in protecting the heart against heart disease. As such, researchers are excited to find a way to help further protect the hearts of diabetes patients.

Though more clinical trials are to be replicated, this may be a trick to consider speaking with your doctor about. 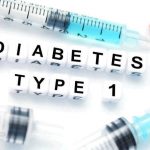