The anti-obesity drug lorcaserin has been helping people lose weight for years. Recent research also indicates that it may be able to regulate your blood glucose levels.

This is great news for diabetics, who are limited in what kinds of medications they can take for their disease. Currently, the most popular options prescribed by doctors include insulin and metformin. But lorcaserin may become another tool in the arsenal soon.

More About the Study

It has already been known that lorcaserin acts on the appetite, helping people to feel full and more satiated for longer. This recent study confirmed that it also affects how the brain regulates blood sugar levels.

Lorcaserin seems to activate a hormone called pro-opiomelanocortin (POMC) peptide. When active, the hormone triggers the brain to reduce appetite and take action to control glucose in the blood. The drug also appears to increase insulin sensitivity in the cells.

However, this initial study was completed on mice. More research on how this medication works in the human body is needed. These early results show lorcaserin offers potential as an alternative treatment for diabetics.

This medication may also be known to you by the brand name Belviq. It is a serotonin receptor agonist that is believed to act on the part of the brain associated with appetite.

Doctors currently prescribe it to help those who are overweight and obese to lose weight. It’s meant to be combined with exercise and a reduced calorie diet. Unfortunately, it may not work for everyone. If you haven’t lost a certain amount of weight within 12 weeks, your doctor may decide that it isn’t working and remove you from it. This is because lorcaserin can become habit forming as it acts on the serotonin receptors. 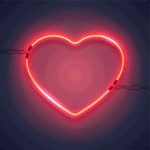 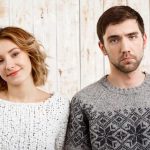