There is a huge (negative) stigma out there about marijuana. But you know what? The hippies are onto something.

The active ingredient in marijuana, THC, can do some pretty powerful stuff. It has helped improve symptoms of Parkinson’s Disease, cancer treatments, and even mental health issues. And now, unlike what our parents warned us about, it can also (apparently) improve our memory as well.

In general, memory decreases with age. Our brains become less effective at firing signals and storing information. Naturally, our memory suffers as a result.

Diabetics, in particular, have an especially hard time with memory. Volatile glucose levels damage blood vessels all throughout the body, including in the brain. As the brain becomes damaged, cognitive functioning begins to decline.

This can take form in many different ways. Reduced memory, impaired critical thinking skills and sometimes an overall sense of brain fog can all be symptoms of a diabetic brain.

Well, according to researchers in Jerusalem, marijuana may be able to help.

Really old mice were given cannabis (the plant name for marijuana) after being tested for memory. After being administered the cannabis, they were tested again. What they found was that the mice that were given cannabis had improved memory functioning comparable to the two-month-old mice without any memory problems at all!

The other really old mice that didn’t receive any cannabis continued being forgetful little creatures with no improvements at all.

So what can we do about this?

Well, I certainly won’t recommended toking up as the laws are still a bit unclear in many parts. But talk to your doctor about the benefits of cannabis and see if there is an option for you.

Just a fair warning: have some low glycemic snacks nearby for when you get the munchies. You don’t want to improve your memory at the detriment of your blood sugar. 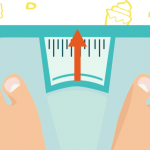 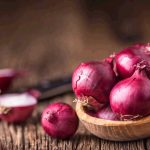