For a long time, medical science believed that obesity and weight gain were solely linked to the number of calories you ate and the amount of exercise you got. It was simply a matter of willpower and eating better. Since about the early 2010s, research has come out indicating that there is another factor in the mix too.

Your internal body clock seems to play a big role in managing your metabolism and health.

Many cells in the human body have their own little time-keeping mechanism, and all of these cells are controlled by a special area of the brain that keeps us on a circadian rhythm. Our natural internal clock is important for getting the best sleep, being active during the optimal part of the day, and is even involved in triggering hunger and appetite.

This rhythm is fairly strong, but not immovable. You can ignore the urge to sleep for a late-night study session or when working a second or third shift job. Just doing this once or twice causes negative effects, such as higher blood pressure and increased appetite the next day. Of course, people usually recover by returning to a normal sleep schedule.

But, continued pushing against your circadian rhythm can lead to more long-term problems and a de-synchronization of the various biological clocks throughout your body. For instance, when you eat at night, your pancreas is forced to produce insulin to move the glucose from that food out of your bloodstream into the cells. Most of the time, this isn’t an

issue. However, at night, the pancreas and other digestive organs aren’t normally active.

Digesting food when it’s late pushes the pancreas and other organs out of sync with the rest of your body clock. So, you end up feeling hunger at the wrong times.

Messing up your circadian rhythm can also cause you to put on more weight. The body has certain rest periods when organs and cells slow and active periods when glucose is used for energy and tissue building. If you have excess glucose in your bloodstream during the inactive period, your body is more likely to store that as fat rather than burning it. The cells can even be more insulin resistant during these rest periods.

This, in combination with feeling increased hunger at various times throughout the day, and also the problems of not sleeping well, make it harder to lose weight. It may even cause you to put on the pounds faster than someone who isn’t fighting their internal body clock.

Eventually, the weight gain and poor sleep can promote the development of metabolic disorders, like diabetes.

How Messing With Our Body Clocks Can Raise Alarms With Health. URL Link. Accessed September 3rd, 2017. 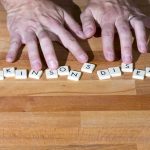 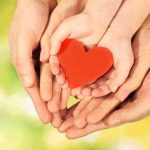