It doesn’t look like science has a clear answer yet. It’s still very early to say. But what it does look like is that science has complicated the question: hyperglycemia – cause or symptom of diabetes? And maybe a very simple answer: yes.

Scientists originally went looking for the answer to a more limited question. The assumption has always been that hyperglycemia is the cause of the problems associated with diabetes. And when drugs are used to treat severe hyperglycemia, cardiovascular markers improved proportionately.

But when drugs dropped blood sugar down to normal, some people still had symptoms, like neuropathy and kidney issues. Why weren’t those problems consistently eliminated? In other words, if you make the blood sugar normal, the damage should stop. And sometimes, for some people, it didn’t.

It’s a metabolite. A metabolite is a particle, usually small, that’s formed in some part of the process of metabolism. And this one is known to be destructive. It was assumed to be the result of hyperglycemia. But now?

They live fast, they die young, and they don’t leave a pretty corpse. But they’re useful for energy metabolism experiments. So with some genetic tinkering, researchers turned off a fruit fly gene that eliminates methylglyoxal. It built up in their bodies. And scientists were left with some sick fruit flies. They became insulin resistant (the fruit flies), then obese, and with age, their blood sugar levels became dysregulated.

No kitchen-sink sundaes with an order of fries for dessert. No sitting on the couch for the entire Harry Potter series eating them. Just methylglyoxal dropped into their short lives and tiny bodies.

When methylglyoxal has been found in excess in the bodies of those with type 2 diabetes, it’s generally been assumed that it was the result of hyperglycemia. But now that’s changed.

Of course, there’s more work to do, more research to understand hyperglycemia – cause or symptom of diabetes. They’re talking about using mice next time. Bit by bit, the research draws closer to humans, closer to us. And when it finally gets to us, we may finally know why our bodies turned against us. 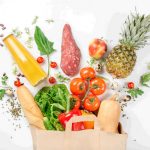 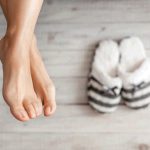