According to the CDC, diabetes is the seventh leading cause of death in the United States. This ranking may go up based on research recently released by authors Andrew Stokes and Samuel H. Preston. They used the findings of two large national surveys to compare the death rates of diabetics who participated in the study with the information on their death certificates.

So, what’s the deal?

What the study authors found was disturbing!

It seems that diabetics have a 90 percent higher death rate than those who don’t suffer from the disease over just a five year period. The study also controlled for other factors, such as smoking, age, and race. The increased mortality rate held true even with these factors taken into account.

Essentially, four times as many people may be dying of diabetes and diabetes complications than is actually estimated on their death certificates. The CDC states that over 76,000 deaths annually are attributable to diabetes, but the new study indicates that this number could be closer to 300,000 deaths.

So, what’s going on here?

The problem with diabetes is that people have it for years before serious complications occur. So, the diabetes may not be seen as a direct cause of death by patient’s physicians. Many deaths result from both immediate and underlying complications of diabetes. Additionally, the guidelines for citing the cause of death are murky.

Diabetes causes a multitude of health problems that affect a patient over the long-term, so

it can be difficult for doctors to pinpoint a primary cause of death. This is especially true when patients move, change doctors, or even die suddenly in an urgent care unit. Their physicians may not have access to a full medical history.

While the new data indicates there may be a larger underlying connection between diabetes and mortality, the key is still to focus on maintaining good health. Complications usually occur when patients go undiagnosed, don’t take their medication, and have chronically high blood sugar levels. Staying on a self-care plan helps eliminate these causes to support long-term health.

Diabetes Is Even Deadlier Than We Thought, Study Suggests. URL Link. Accessed May 3, 2017.

Deaths Attributable To Diabetes In the United States: Comparison Of Data Sources and Estimation Approaches. URL Link. Accessed May 3, 2017. 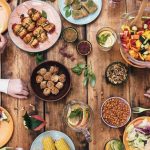 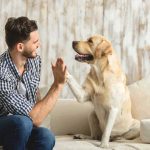